Meet LA based Ambassador Amy Leverton an all round Denim Aficionado. 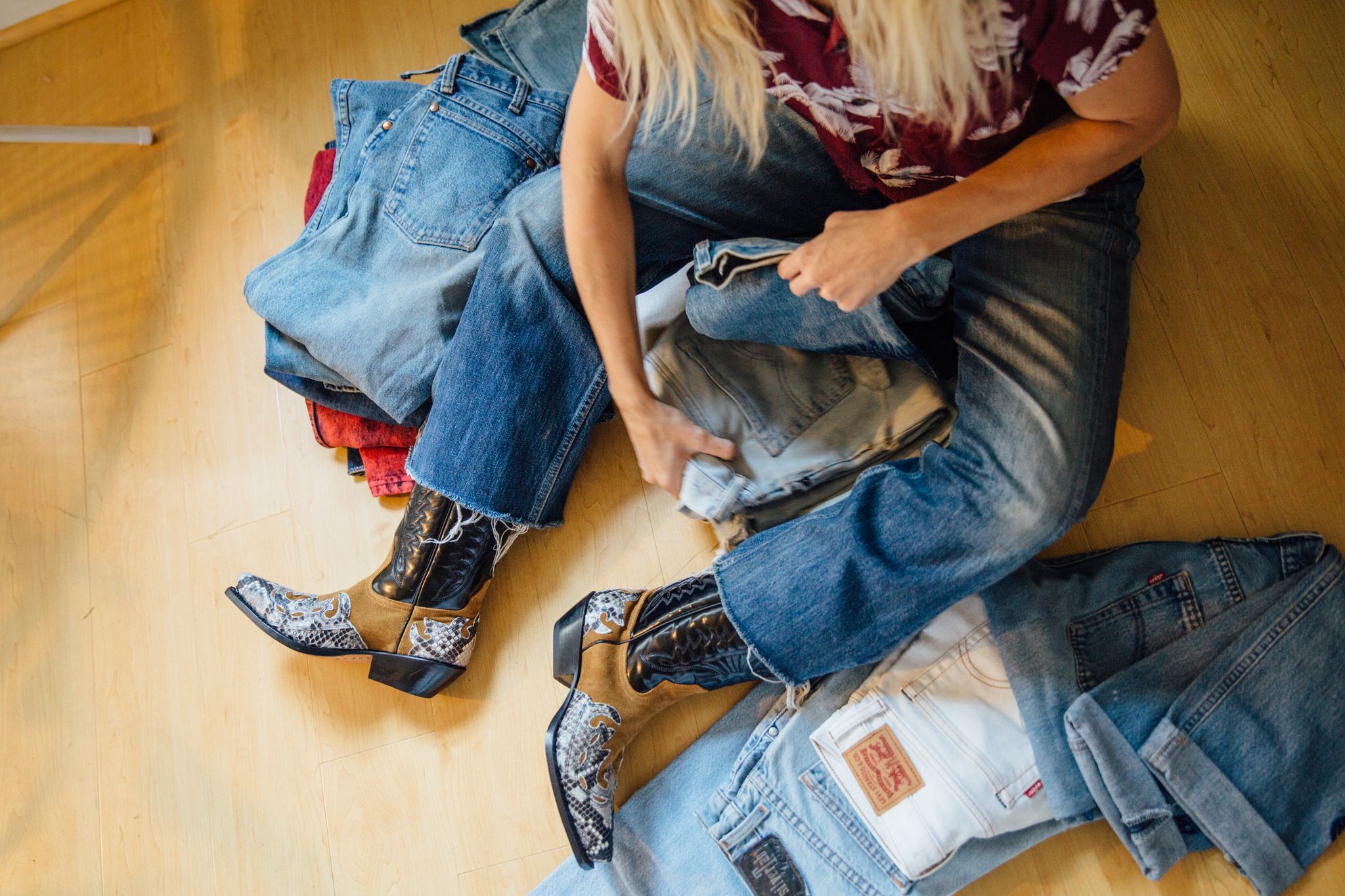 How did you end up in LA having been brought up in the UK?

My first trip to LA was in 2009 and everyone told me I was going to love it and want to live here. They were right I did love it... but I was certainly not into it enough to want to move. However, time went on and trips out here increased to 2-3 per year and each time I fell more and more in love with the city. It was on a big road trip in 2014 that I had the epiphany: I'd recently come out of an eight year relationship and didn't have kids, pets or a mortgage to tie me to anywhere so I thought «maybe this is a possibility?»

In February 2015 I came out to launch my first book, Denim Dudes, and it was at that time that I bit the bullet and called an immigration lawyer. It was a lot of paperwork but by January 2016 I was here starting my new life with two suitcases! Now I'm here it feels like it was my home all along. I've honestly never felt so elated and lucky to live somewhere before: it's like my soulmate city.

How did you get into the denim industry?

I graduated in 2002 from a fashion degree at Kingston University and my first job was at a London based design company called Oki-ni. We collaborated with various design companies such as Evisu, Levi’s, and Lee, creating limited edition runs of product and of course this opened me up to the world of casual wear and denim. One of the collaborations was with Duffer St George and they wanted to create the ultimate jean, which meant visiting the ultimate mill: Cone Mills in North Carolina. Cone has since closed but was the oldest running denim mill in America. At the end of my three day stay there, I was totally hooked. The thing with denim is it's a never ending pit of information: the history, the chemistry, the mathematics involved in weaving… What other area of apparel combines sex and rock n roll with a total geek mentality?! It literally ticked every box for me and I was in love. Since then I worked as a designer for 4 years then got into trend and have worked in trend for about 12 years, all entrenched in the denim industry. 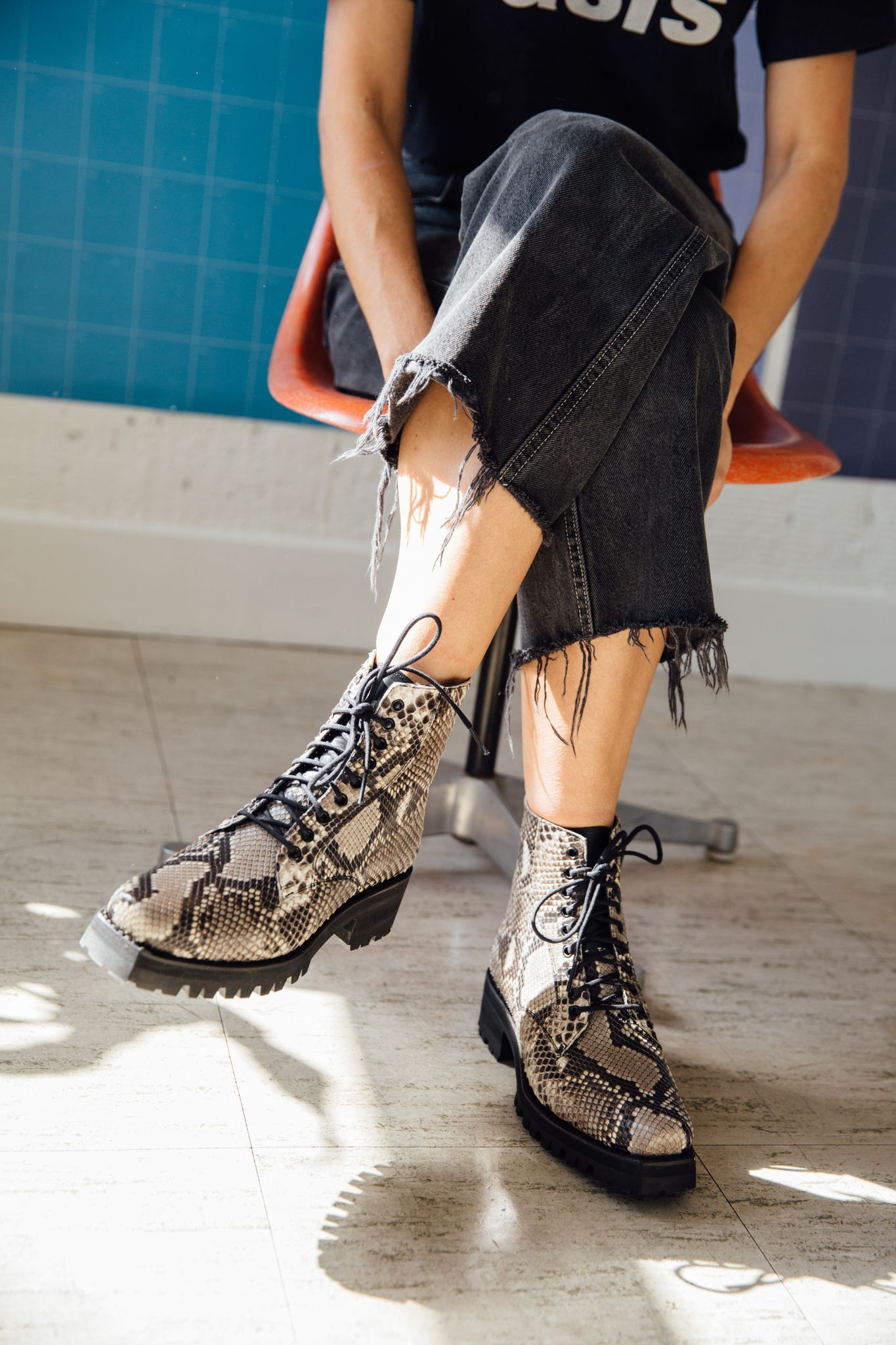 What inspired you to start Denim Dudes/Dudettes?

The amazing people I have met along the way, really. A boss of mine suggested I write a book and I thought about what really inspires me about denim and it was certainly the people and the way they style denim. So I wanted to combine the inspiration of street style with a kind of 'who's who' of the industry: head designers, store owners, aficionados and enthusiasts.

And how did the Denim Dudes book come about?

In my day job as a trend forecaster I had a 'little blue book' of photographers around the world or at least a network of contacts who could find them. I found a photographer in each of the 15 cities around the world that we included and then put them in touch one by one with a dude. We talked about the outfit, location and shoot details and then it was down to the photographer. I was at probably only 10 percent of the shoots as sometimes there would be 3 going on in one week, in Tokyo, San Francisco and Paris. Plus I was working a full time job in trend so was only working on the book in my spare time! I would sometimes work a 12-14 hour day and then come home, eat dinner and start working on the book. It was intense!

What inspires you a day to day basis and why?

Again, I would say the people because essentially I am a kind of journalist: it's my job to hunt out new creatives, emerging brands and trends so I'm constantly being fed, creatively by amazing, talented people and their inventive ideas. I love denim, it's the most universal, customisable fabric in the fashion world and it can be both runway-ready and rare as well as subversive, destroyed and counter-culture. A day doesn't go by without seeing something new and inspiring or embarking on a new idea or adventure.

What does craftsmanship mean to you whether it be within the fashion or art world?

Craft is integral to the world of denim. Hand repair work is craft in its humblist form and you only have to look at the mending stitches of a 1920's American overall or an antique Japanese indigo kimono to see the level of care and craft involved. But throughout the process of making a pair of jeans there is craft at every turn: from the operator of the loom to the indigo dyer to the laundry specialist. Denim gets into your blood and everyone in the process has a role that they take seriously. I think that the creative worlds of fashion, art and music are full of passionate people who couldn't imagine doing anything else. There's something really special about that.

Do you have a style icon?

David Bowie in his Ziggy Stardust days is right up there. But mostly I get inspired by people in my life. I have a vintage dealer friend called Akina who has incredible, crazy-ass style and I am forever inspired by Charlie and Shirley who run the store Virgil Normal out here.

How would you describe your sense of style?

Well I have my denim days where I wear all indigo and I would say that a pair of jeans is on my butt at all times, pretty much! And LA suits my style because I think I rock a retro west coast casual look most of the time! But I do love fashion trends so I have a lot of embellishment, colour, print and pattern in my wardrobe. I definitely think my sense of style pushes way beyond my indigo life. I love to find weird-ass vintage pieces or items from little-known brands from Japan so I would say I'm not the sort of person who would wear an 'it' piece or brand. I like obscurity more than recognisability.

Can you give us a hint of what is to happen with denim trends next season?

Well there are always a ton of trends happening simultaneously in the world these days as people's quest for uniqueness is hitting an all time high. But one thing I'm excited to see is the loosening up of denim silhouettes across the board. The skinny jean will always remain a core basic but big baggy and oversized fits with a strong 90's sensibility are starting to dominate. We've also been noticing a real return to authentic 90's looks and silhouettes which I'm kinda in to.

What is your insider tip for vintage shopping?

LA is like the Mecca of vintage so I'm really spoilt right now. Whenever I went to Tokyo on a work trip I would always buy so much vintage but now I live in LA I see all the Japanese buyers flying in to find their hauls so I too can buy straight from the source!

People get really put off by vintage jeans because it feels like you have to try on a million different pairs before you find something that fits. But there are great dealers and store owners out there who will literally be able to take one look at you and pull out a jean that will work. I love to try jeans on and so I would also add that you can become your own expert if you just dedicate the time to try. You'll get used to noticing pocket placement, rise and leg length over time and will know before you try it on if it's going to be a winner. Like everything in life, your jean selection becomes better with practice. Finally my main tip is to communicate with the store owner. They love what they do and they are surrounded by vintage every day. Use their expertise, don't be shy to ask and don't feel obliged to buy. This is their job and they won't want you buying something you don't love. If you find a great store that you like build up a relationship with that owner and talk to them about what you are looking for, they will start keeping you in mind when they are on their hunts.

What do we have to look forward to next in the Denim Dudes/Dudettes Amy/Leverton world?

I am embarking on a new project with the photographer from this shoot, actually! Kate and I are planning to shoot a bunch of interiors together: collectors, design studios, vintage dealers and stores. It's going to be really rad. Working title: DENIM DENS!

What is your favourite Primeboots style and why?

I am a sucker for a cowboy boot and much like the perfect pair of jeans, it's a tough item to come by! Since living in LA I have got waaayyy more hats and boots than I used to wear in London. What I love about the Daria is its a total classic shape but the execution is more fashion-forward and playful, which is refreshing. And they look killer with my favourite pair of jeans so I know I'm going to wear them to death!